WITH THE BEST TEACHERS
THE BEST ENGLISH
LOW COST ONLINE

EUROPEAN PLATFORM B1, B2, C1, C2
WITH TEACHERS SPECIALISED IN CAMBRIDGE, IELTS, TOEFL

Cambridge, IELTS or TOEFL:
Get the certification you need FAST! 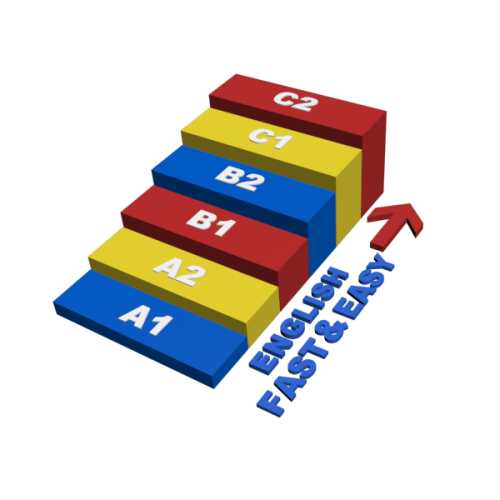 A GUARANTEE OF QUALITY
AND EXPERTISE

THE NUMBERS SPEAK FOR THEMSELVES

Lord Byron College has been a leader in language teaching for fifty years.

Lord Byron College helps you get the results you want.

Let our  outstanding  task force of 60 highly qualified native speakers from the best universities in the English speaking world prepare you for the international Cambridge, IELTS and TOEFL certifications.

Lord Byron College is one of the largest authorised language testing centres in Italy. Over 6,000 candidates are tested for Cambridge, IELTS and TOEFL certification every year.

Lord Byron College prepares 2,000 students in class and online every year, the majority for the Cambridge, IELTS and TOEFL certifications. These qualifications give extra credit points for state schools and job competitions, and are required for all levels of higher education from undergraduate to doctoral studies.

More and more candidates register with Lord Byron College for the international Cambridge, IELTS and TOEFL certifications every year, reaching a peak of 60,000 candidates tested in the last ten years.

The attentive and effective teaching approach of Lord Byron College, the result of 50 years of experience, leads our students to a pass rate of 96.30%.

THOUSANDS OF PEOPLE CHOOSE
LORD BYRON COLLEGE FOR THEIR CAMBRIDGE, IELTS AND TOEFL PREPARATION COURSES
ONLINE OR IN CLASS.

THOUSANDS OF PEOPLE CAN’T BE WRONG. FOLLOW THEIR EXAMPLE YOURSELF. 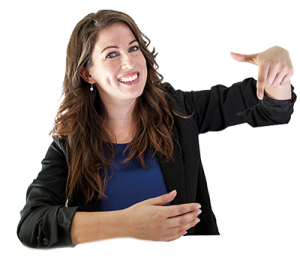 GUARANTEED RESULTS WITH A TEACHING TASK FORCE UNMATCHED IN THE FIELD

Lord Byron College is one of the largest authorised Cambridge, IELTS and TOEFL test centres in Italy.

An average of 6,000 candidates take the Cambridge, IELTS and TOEFL exams at our modern, technologically advanced premises every year.

The consolidated teaching strategies of Lord Byron College result in pass rates of 96.30% on the international Cambridge, IELTS and TOEFL examinations, much higher than the general average of 59%.

SPOTLIGHT ON OUR CREDENTIALS

One of the most admired and respected experts in advanced TESOL methodology in Italy, widely recognised throughout Europe with over 48 years of experience in TEFL.  Over the past 30 years, thanks to his profound knowledge of the developmental phases of students and candidates for the international examinations of English proficiency, John has regularly been a consultant for Oxford Press and Pearson, two of the largest publishing houses in Britain, piloting specialised coursebooks for the international Cambridge, IELTS and TOEFL examinations.

from € 9
per ora
Book a course

Evaluate your starting knowledge by clicking FOR WRITING here:

FOR THE ORAL: the test must be booked with the Speaking expert, agreeing on the day and time.

Once the test is completed, the expert communicates the starting level and course guidelines.

WE GIVE YOU WINGS TO FLY!

Founded in 1972, Lord Byron College is attended annually by over 2,000 students from all over the world in class and online. Over the years, our school has taught more than 600,000 hours of General and Special Purpose English lessons to a large number of government organisations including the National Health Service, the Court of Appeals, the Chanmber or Commerce, the Armed Forces, universities and dozens of primary and secondary state schools; as well as companies such as Alitalia, BOSCH, Decathlon, Magnetti Marelli, Banca Intesa, Ubibanca and IKEA, to name just a few.

Authorised by the  Ministry of Education, Universities and Research, Lord Byron College has for thirty-five years been an authorised exam centre for Cambridge Assessment English for Young Learners, KET Key English Test, PET Preliminary English Test, the Business English Certificate, FCE First Certificate, CAE Advanced, CPE Proficiency and the advanced teaching qualification DELTA. Our school has been an ETS authorised test centre for TOEFL since 1985, and is an official international test centre for IELTS Academic and General Training, both paper based and computer delivered. The school is also a preparatory centre for the following tests of language proficiency: Goethe Institute for German, DELF for French, DELE for Spanish, PLIDA for Italian and HSK for Chinese.

Since 1998 Lord Byron College has been a full member of EAQUALS (Excellence in Language Education), an international association of public and private institutions committed to maintaining the highest quality standards in language training.

In 2019, Lord Byron College was awarded by Cambridge Assessment for being the Cambridge test centre with the highest standards of excellence in all of Europe.

Nico L.

Read More
My second home. I attended for 8 years and went to London with them twice…25/30 years have gone by and I now have three children. One of them attends the school and his English is excellent. Thanks to Lord Byron.
Daniela S.

Read More
I had an outstanding teacher….All I can say is that after starting off with some serious initial difficulties, I passed the B2 level in six months…thanks again for your constant help and attention to detail.
Alessio de P.

Read More
The most reliable and competent English school in Puglia, highly specialised and super qualified staff, awesome premises and total professionalism. If you want to invest in your future you’ve found the right place.
Francesca C.

Read More
Lord Byron English school has been my second home over the last four months and I really feel obliged to congratulate everyone. I would recommend Lord Byron to everyone who wants to deepen their knowledge of English.
Dennis C.

Read More
Lord Byron College allowed me to expand my cultural background in English…a school on the highest level…fantastic staff, extremely kind and above all friendly. Thanks a million!
Matilde D.

Read More
An outstanding college…high quality courses, and I can say this because I have attended other schools.Teachers and the rest of the team are all kind and helpful, courses are run professionally and the staff never puts you to one side. If you want to choose a school don’t hesitate. Lord Byron College, they’re worth every penny…
Giorgia R

Read More
An EXCELLENT school! I prepared for C1 Cambridge in a month..the materials, the support, the patience and the teaching method made sure that in a very short span of time I was able to pass this exceptionally difficult exam. I have been their student for years and recommend this school a thousand times for their unbeatably high levels of instruction.
Davide A.

Read More
A top quality school. Thanks to their teaching, I was able to get a score of 8.5 out of 9 on my IELTS test (which is equal to C2 Cambridge).
Saverio L.

Read More
The best investment for my son’s future.

“Inspire and teach others to help them reach their goals and improve their lives.”

LETS MOVE AHEAD TOGETHER. FILL IN THE FORM AND GET THE BEST OF IT!

Any cookies that may not be particularly necessary for the website to function and is used specifically to collect user personal data via analytics, ads, other embedded contents are termed as non-necessary cookies. It is mandatory to procure user consent prior to running these cookies on your website.